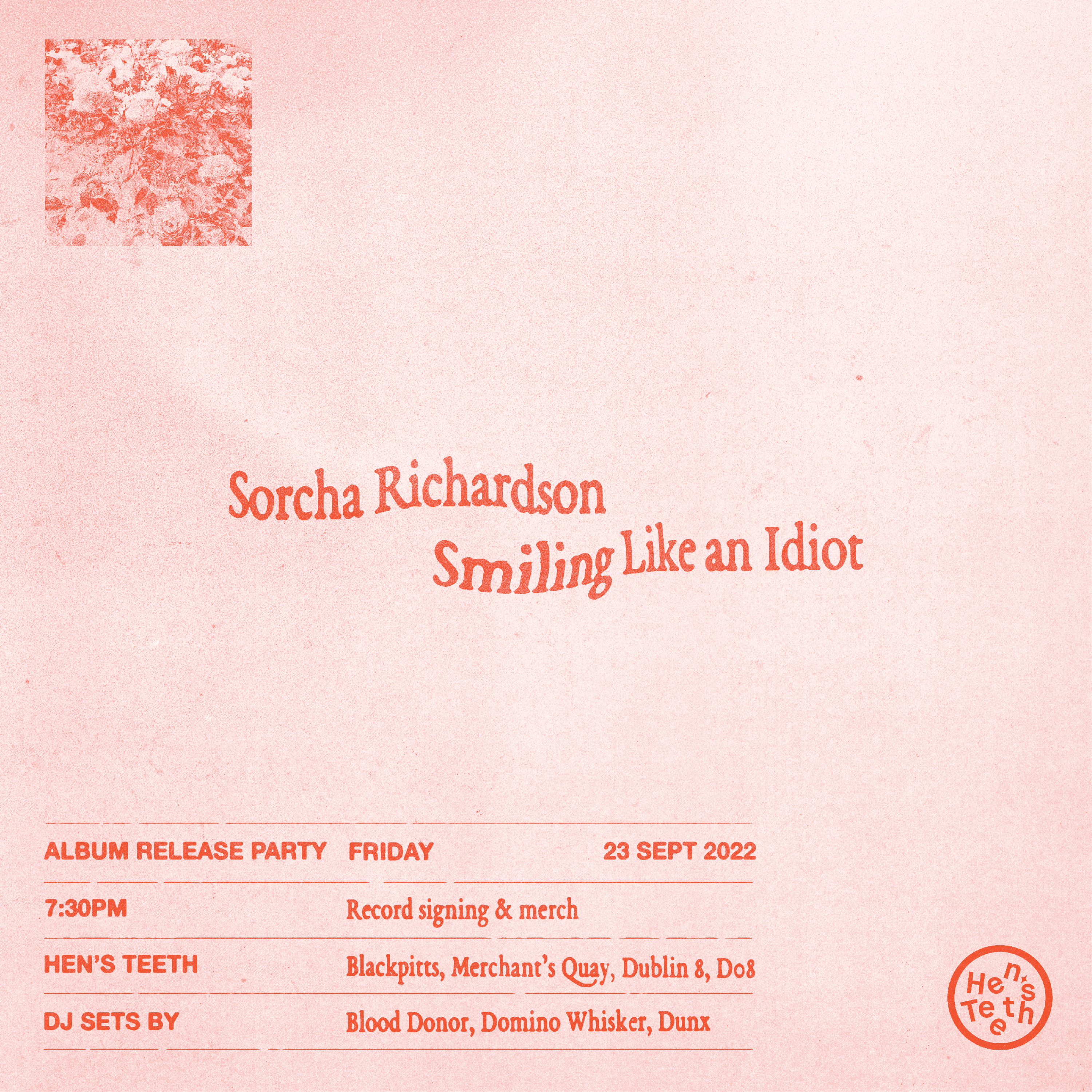 For Culture Night this year, we have the Dublin singer/songwriter Sorcha Richardson in store for the release of her highly anticipated new album 'Smiling Like an Idiot'. Sorcha and friends will be spinning tunes and selling vinyl, with DJ sets from Blood Donor, Dunx & Domino Whisker.

Embellishing singer/songwriter introspection with atmospheric electronic production, Sorcha Richardson is a musician from Dublin, Ireland. She started her first band with friends at the age of ten. At 18, she relocated to Brooklyn, New York's vast music scene and self-released her first EP, Sleep Will Set Me Free, in 2012. Crosswalk Records issued the 2013 follow-up, Last Train. Released in mid-2015, her song "Petrol Station" garnered the most attention yet, leading to her first sold-out show in Dublin.